They won’t go away, though, because engineers and economists instinctively characterize systems numerically. Both tribes strive to separate a problem into smaller independent parts, each described quantitatively; metrics are just a symptom.  The goal is to convert a complex mess into a problem amenable to objective analysis, yielding an incontrovertible answer. No more messy politics!

Since politicians always look for cover behind engineers and economists, simplistic metrics will always be with us – not least in radio regulation.  Given that reality, I’m going to dig into spectrum metrics a little more. I conclude that it could be more productive to define a series of axes in a parameter space than a single metric.

Stamps and Stewards: A third way to regulate radio operation 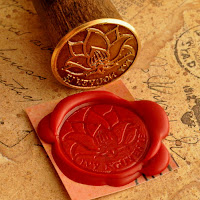 Radio operation to date has largely been regulated in two ways. The dominant approach has been licensing station operators, whether they’re amateurs, TV broadcasters, or companies operating cellular systems. In the last twenty years or so, device licensing (aka unlicensed in the US, and license exemption in Europe) has also become widely used: if a device has been certified to meet regulatory requirements, anyone can operate a “station” using it without needing a license. [1] In these two approaches, the regulation controls either the system operator (for licensed), or the device manufacturer (for unlicensed).

I’m exploring another way, where the regulator accredits a limited number of “stampholders” who can each an issue an unlimited number of “stamps.” One can see these stampholders as the designated stewards of a "spectrum commons," and the stamps as the mechanism they use for controlling access to a common pool resource. A device may only be sold if it bears the requisite stamp or seal, in addition to any other statutory requirements such as Part 15 certification. Control is exercised at the point of sale through labeling or marks.

This notes builds on the previous posts Licensing radio receivers (Aug 2011) and Licensed Unlicensed (Sep 2011). I learned long ago that if I can think of something, someone’s already done it. However, I haven’t found good precedents yet, and I’m still looking for canonical examples or ringing metaphors. Stamps (in the sense of signet rings and seals) and Stewards is the best analogy I’ve found so far. [2]

Follow-up: In Markets for adjusting interference rights (May 2012) I explore another way of negotiating adjustments to boundaries (e.g. power levels) between unlicensed bands and their neighboring bands given of the collective action challenges faced by unlicensed operators.

Spectrum utilization and a Buddhist perspective on space

The “Spectrum as Space” metaphor implies that spectrum is a neutral container that can be filled with radio signals, leading to naïve notions of utilization such as empty and full spectrum bands. “Spectrum” is imagined a collection of axes which mark out an abstract space, such as frequency, geography, and time (e.g. Robert Matheson’s “electrospace” concept, cf. Matheson & Morris 2011, The Technical Basis for Spectrum Rights: Policies to Enhance Market Efficiency).

However, that’s not the only way to look at it. Non-spatial models such “Wireless as Trademark” work just as well (see my 2008 paper De-Situating Spectrum: Rethinking Radio Policy Using Non-Spatial Metaphors): by analogy, a trademark stands for both a part of the wireless resource (customarily, frequency band x geographic region x time slot), and signals. The wireless resource is all possible radio operations. In such an approach, one is much less likely to ignore the importance of receivers in this approach than spectrum-as-space, where only transmitters can “fill the space” with signals. Any radio operation includes the use of a receiver, and that receiver-transmitter pair influences what transmissions are possible by third parties.

Curiously, I found a relevant perspective on this problem in a book on ethics – Stephen Batchelor’s Living with the Devil. He writes:


One tends to think of space in terms of physical extension and location. A body “occupies” or “fills” a space. For there to be “no more space” means that nothing more can be fitted into a room or a vehicle or a document. Outer space is that virtually infinite expanse speckled with galaxies and stars separated by inconceivable distances. “Inner space” suggests a formless expanse of mind in which thoughts, mental images, memories, and fantasies rise and pass away. Space seems to be the relatively permanent place where temporal events happen.

Buddhist philosophers see space differently. They define it as the “absence of resistance.” The space in a room is under stood as the absence of anything that would prevent one moving around in it. To cross from one side of the room to the other is possible because nothing gets in your way. Rather than being the place where things happen, space is the absence of what prevents things from happening. The space in the room is nothing in itself; it is just the absence of chairs or tables, glass walls or hidden tripwires that would obstruct movement within it. In encountering no such resistance, we are able to move about freely. [In the footnotes, Batchelor ascribes this approach to the Geluk school of Tibetan Buddhism.]


The customary view that Batchelor outlines is “space as a set of dimensions” that informs the Spectrum as Space metaphor. One can transpose his summary to spectrum as “the relatively permanent place where [radio operations] happen.” The “Buddhist” view, on the other hand, would see spectrum as the absence of factors that would obstruct radio operations. Existing radio operations, including receivers, would provide resistance to new operations, even in quite distant frequency bands. And there is an interaction between the agent that wants to move about and the nature of obstructions: neither a mouse nor a monkey would have no trouble scurrying around in a restaurant, while a person would be obstructed by all the tables and chairs. Likewise, one has to first define the new operation one has in mind before deciding that spectrum is “occupied”; calculating utilization is not a straightforward matter of marking spectrum as “empty” or “full.”