How I Learned to Stop Worrying and Love Interference 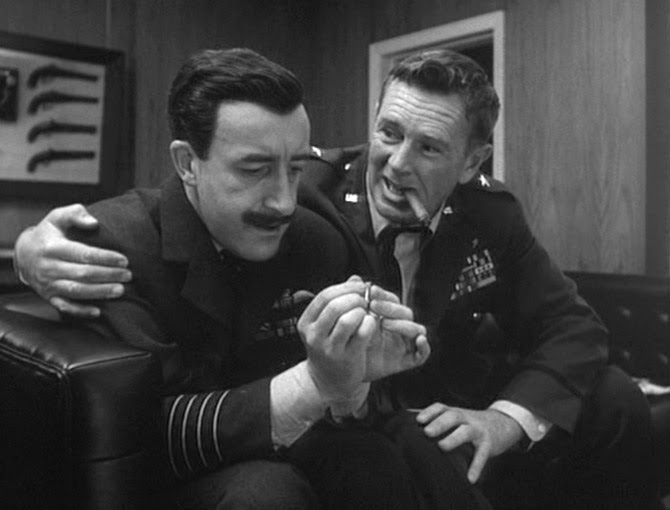 (With apologies to Stanley Kubrick.)

Radio policy is fixated on reducing or preventing harmful interference. Interference is seen as A Bad Thing, a sign of failure. This is a glass-half-empty view. While it is certainly a warning sign when a service that used to work suddenly fails, rules that try to prevent interference at all costs lead to over-conservative allocations that under-estimate the amount of coexistence that is possible between radio systems.

The primary goal should not be to minimize interference, but to maximize concurrent operation of multiple radio systems.

Minimizing interference and maximizing coexistence (i.e. concurrent operation) are two ends of the same rope. Imagine metering vehicles at a freeway on-ramp: if you allow just one vehicle at a time onto a section of freeway, people won’t have to worry about looking out for other drivers, but very few cars would be able to move around at one time. Conversely, allowing everybody to enter at will during rush hour will lead to gridlock. Fixating on the prevention of interference is like preventing all possible traffic problems by only allowing a few cars onto the freeway during rush hour.

I am developing a proposal that outlines a way of doing this. Here are some of the salient points that are emerging as I draft my ISART paper:

The first principle is delegation. The political process is designed to respond carefully and deliberatively to change, and is necessarily slower than markets and technologies. Therefore, regulators should define radio operating rights in such a way that management of coexistence (or equivalently, interference) is delegated to operators. Disputes about interference are unavoidable and, in fact, a sign of productively pushing the envelope. Resolving them shouldn’t be the regulator’s function, though; parties should be given the means to resolve disputes among themselves by a clear allocation of operating rights. This works today for conflicts between operators running similar systems; most conflicts between cellular operators, say, are resolved bilaterally. It’s much harder when dissimilar operations come into conflict (see e.g. my report (PDF) on the Silicon Flatirons September 2009 summit on defining inter-channel operating rules); to solve that, we need better rights definitions.

The second principle is to think holistically in terms of transmission, reception and propagation; this is a shift away from today’s rules which simply define transmitter parameters. I think of this as the “Three P's”: probabilistic permissions and protections.

Since the radio propagation environment changes constantly, regulators and operators have to accept that operating parameters will be probabilistic; there is no certainty. The determinism of today’s rules that specify absolute transmit power is illusory; coexistence and interference only occur once the signal has propagated away from the transmitter, and most propagation mechanisms vary with time. Even though US radio regulators seem resistant to statistical approaches, some of the oldest radio rules are built on probability: the “protection contours” around television stations are defined in terms of (say) a signal level sufficiently strong to provide such a good picture at least 50% of the time, at the best 50% of receiving locations. [1]

Transmission permissions of licensee A should be defined in such a way that licensee B who wants to operate concurrently (e.g. on nearby frequencies, or close physical proximity) can determine the environment in which its receivers will have to operate. There are various ways to do this, e.g. the Australian “space-centric” approach [2] and Ofcom’s Spectrum Usage Rights [3]. These approaches implicitly or explicitly define the field strength resulting from A’s operation at all locations where receivers might be found, giving operator B the information it needs to design its system.

Receiver protections are declared explicitly during rule making, but defined indirectly in the assigned rights. When a new allocation is made, the regulator explicitly declares the field strength ceilings at receivers that it intends to result from transmissions. In aggregate, these amount to indirectly defined receiver protections. Operators of receivers are given some assurance that no future transmission permissions should exceed these limits. (Such an approach could have prevented the AWS-3 argument.) However, receivers are not directly protected, as might be the case if they are given a guaranteed “interference temperature”, nor is there a need to regulate receiver standards.

While this approach has been outlines in terms of licensed operation, it also applies to unlicensed. Individual devices are given permissions to transmit that are designed by regulator to achieve the desired aggregate permissions that would otherwise be imposed on a licensee. Comparisons of results in the field with these aggregate permissions will be used as a tripwire for changing the device rules. If it turns out that the transmission permissions are more conservative than required to achieve the needed receiver protections, they can be relaxed. Conversely, if the aggregate transmitted energy exceeds the probabilistic limits, e.g. because more devices are shipped than expected or they’re used more intensively, device permissions can be restricted going forward. This is an incentive for collective action by manufacturers to implement “politeness protocols” without regulator having to specify them.